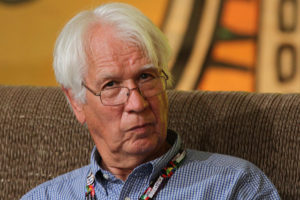 On the eve of Midem former Pink Floyd, Marc Bolan and Baaba Maal manager Peter Jenner has called for a new approach to the music business. On the MidemNet blog, Jenner explained the changes that the industry is going through as a move towards “a mass of international niche markets, rather than a world of national mass markets”. He called on all the various players (such as labels, managers, publishers and broadband companies) to put aside their differences. “The historical antipathy and baggage that all the sectors carry around with them, combined with their desire to protect their existing businesses, has had the affect of completely frustrating anyone in the new digital distribution business trying to build a new 21st century business legally,” he says. This was clear 10 years ago already when the first Internet players began approaching the music business and were largely rebuffed. Mobile companies also spent a lot of time and energy trying to find ways of working with the business, expressing considerable frustration when the tricky issue of rights was raised. Yet these same issues are still largely unresolved, as the regional pricing structures on iTunes demonstrate.

Jenner’s solution is not a new one, but is becoming increasingly likely. Given that there is a very definite swing away from paying directly for music, whether it be for downloads or CDs, Jenner echoes many industry insiders in calling for “a solution based on actual consumer behaviour… one that allows access to music in a way that addresses how people engage with music today. A seemingly reasonable solution looks to be a system where each customer with a broadband subscription… would pay a small monthly fee to compensate creators and rights-holders for any unauthorised use of music that might occur via their subscription.” He suggests about £2/€2.67 a month. I think the way he puts it as compensation rather than acquisition is wrong, but it is probably the most feasible solution on the table today. One of the unsung heroes of downloading, eMusic.com, is a subscription service, for example.