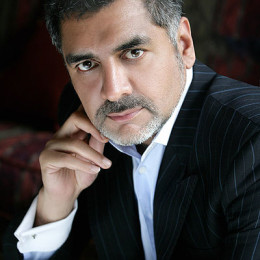 British mogul James Caan is known for his appearances on the investment show “The Dragon’s Den”. He is notably a large-scale (and successful) property investor. He also happens to have a holiday property in Cannes.

In an article for Britain’s “The Telegraph”, he offers his seven golden rules of property investment. His comments on Cannes are quite interesting.

It starts with “1. Research, research – then research again” He calls it the sniff test.”I need to walk the streets, know who owns here, who the tenants are, what the traffic’s like,” says Caan. ” There’s no point sending someone else out for you, then asking what they think of it. You have to see it for yourself.”

The complete article is interesting if you are thinking of investing in Cannes or elsewhere.

Caan was born Nazim Khan on 28 December 1960. He is best known as a former investor on the BBC television program Dragons’ Den between 2007 and 2010. He later hosted The Business Class on CNBC, a series which sees him joined by experts from a cross section of industries to analyse and advise innovative UK small and medium enterprises. He is also Chairman of the UK Government’s Start Up Loans Scheme, which supports entrepreneurs with funding and mentoring to start their own business.Caan initially achieved success in the recruitment industry. He founded the recruitment company Alexander Mann Group in 1985, and sold it in 2002. In 1993, Caan co-founded the executive head-hunting firm Humana International, in which he sold his stake in 1999. He is also the founder and currently CEO of the UK-based private equity firm Hamilton Bradshaw.

In 2013, he was named Chairman of the Year at the International Business Awards.

Caan has been involved in a number of charitable activities and founded the James Caan Foundation in 2006. Although he did not attend university as an undergraduate, he did graduate from the Advanced Management Program at Harvard Business School in 2003.

Caan has written several books on business and his life. The first book covered his life story and was published in 2008 called ‘The Real Deal – My Story from Brick Lane to Dragons’ Den.’ Following publications focused on business and entrepreneurship with ‘Get the Job You Really Want,’ ‘Start Your Business in 7 Days’ and most recently, ‘Get the Life You Really Want.’

More information about him can be found at James Caan.