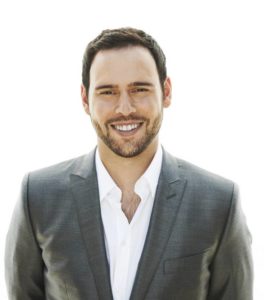 Unless you follow the biz side of the music biz, the name Scooter Braun might be unfamiliar. You might know the names of the people he works with better: Usher, Justin Bieber, Ariana Grande and Moxie Raia, to name a few.

Braun is the figurehead of SB Projects and the labels School Boy and Raymond-Braun Media Group (RBMG). In recognition of his outstanding contribution to the music industry and to creativity as a whole, Braun will be the first-ever recipient of the ‘Midem Hall of Fame Award’ during the Midem Music Awards on Thursday 7 June 2018.

Midem is where the global music industry comes to meet and do business, this year between from 5-8 June 2018. Artists, agents, labels, publishers, tech, festivals and managers have been coming here for over four decades. Braun will be in town to join the Midem Conference Programme and participate in a keynote conversation on Thursday 7 June. He will discuss how he has successfully built SB Projects into a diversified entertainment and media company that deals in music, film, television, technology, brands, culture and social good.

Braun has broken more new artists than any other music executive in the last decade and now has expanded his reach by establishing a fund, which invests in some of the largest management, media, and rights companies in the industry. SB Projects houses a film and television production division which led to Braun making waves in the industry with his first documentary film, ‘Never Say Never’ and Executive Producing the hit CBS show ‘Scorpion,’ which is currently in its fourth season. SB Projects also manages a tech incubator, Silent Labs, which holds investments in Uber, Spotify, Songza, Casper, Waze, and Pinterest among other companies.

“Scooter Braun is a leading figure in today’s music community, inspiring people to build a truly modern and innovative music business and never failing to push the boundaries of our industry to better serve talent and creativity on a global scale,” according to Alexandre Deniot, Director of Midem.