Since the first edition in 1984, the Cannes Dance Festival has become one of the world’s most important dance festivals. The biennial Festival has built its reputation on many creations centered around contemporary dance, presenting new talents and inventive works by international dance companies.

The Cannes Dance Festival returns from 20 to November 29, 2015. The festival regularly changes directors and artistic directors. The 2015 edition is directed by Brigitte Lefèvre, who left the direction of the Ballet of the Paris Opera last year, a position she had held for 20 years. Classical dance, contemporary dance, international troops, French premières are on the programme this year, but also a ball, meetings and master classes. 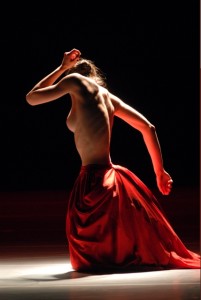 The Cannes Dance Festival strives to stay accessible to the general public (with prices that do not top EUR 30) while offering a demanding programme. The festival opens with the national dance of Korea, a rare troupe company. The French première of “Vortex” by choreographer Tero Saarinen, is a mix between contemporary and traditional dance. Another headliner is the Lyon Opera Ballet’s evening devoted to Czech choreographer Jiří Kylián.

The Festival will also feature:

The next festival will be held November 27 – December 12, 2021. For full details, visit the Cannes Dance festival website