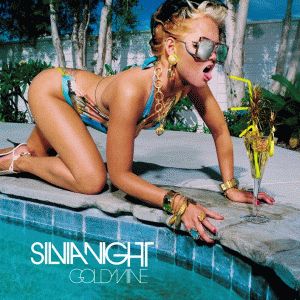 What would Cannes be without a good PR stunt? Icelandic celebrity Silvia Night, whose song was almost banned from the last Eurovision song contest for naughty language, is in town to protest against her own show. Night is a character featured in The Silvia Night Show. But she claims she is deliberately being made to look bad.

“The series The Silvia Night Show is total junk. I am a little goodhearted girl who only does things which are good, and the people behind the T.V. series are making me look really bad. They were always making me look like a total bitch and only show the worst bits and never show the parts where I’m really good. So if anybody tries to sell you the show in Cannes do not buy it.”