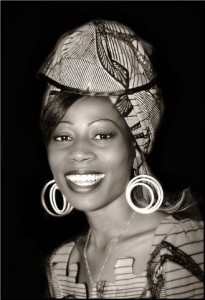 It’s easy to forget that Cannes is also an important hub for African cinema. Each year, it hosts the International Festival of Pan-African cinema. The same organisers are now also hosting regular events throughout the year, such as the upcoming screening of a Togolese film on September 25. The event will feature a showing of “Point de suture”, a drama about street children by Steven Af. The co-producer and actress Landrine AGBOKPAZO (photo) will be present. The event will also feature a homage to reggaeman Peter Tosh by Togolese musician Gelo Gal.

Meanwhile, producers of films from Africa or the diaspora might be interested to know that submissions for next year’s festival are now being accepted. Details can be found on Festival International de Film Pan-Africain.