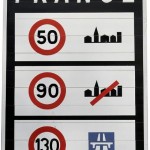 Note: the original post dates from 2009, but I update this info fairly regularly, as strikes are frequent in France.

If you’re within driving distance of Cannes and prefer not to take the train for whatever reason, you might be interested in following our travel tip: carpooling.

Or if you drive to Cannes regularly, why not find some company and save on costs? Carpooling is a way of finding people to share road journeys and costs (petrol and toll fees).

You might also be trying to organise a visit during one of the frequent SNCF train strikes.The region once had its own carpooling service, Equipage, for people that live and travel globally between Mandelieu and Menton. At the time of writing the latest update (September 2021), it has stopped.

If you already live in the region, it also reduces the number of cars on the road which is not a bad thing given the sometimes monumental traffic jams that sometimes take place on the motorway, and the possibility of considerably cutting petrol costs. It could also free up a car for other purposes if you have a companion.

BlaBlaCar (they also have an app BlaBlaCar app)

Europe Carpooling (the default language/destination is French/France. Check the language versions for carpooling in different countries)

You might also be interested in finding out what to do in case of rail or air strikes in France.