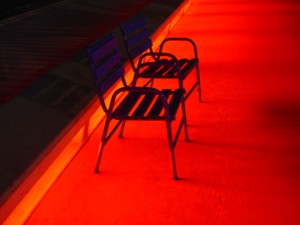 I’m trying to remember a time when people left Midem saying it was rubbish. Globally, it doesn’t happen. Even though attendance figures were down by 4.9%, most people I spoke to took the change in their stride. Most were talking about the contacts they had made, and the new ideas they had heard.

An interesting figure is that participants from the digital sphere were up some 30%. The combination of MidemNet, MidemNet Lab and the Open Spaces gave a new dynamic to the music side. It would be tempting to jump to conclusions, but let’s be honest: the vast majority of these services and apps are very speculative. None that I know are offering advances to content creators or publishers. Nonetheless, they will play a big role in future business. We just don’t know which ones. It looks likely that staying in business will require nurturing multiple mini streams of revenue rather than relying on sales alone (Dave Kusek says this differently in the slideshow below).

MidemNet Lab winners were Jammbox, Next Big Sound and Shuffler.fm. Rather than going into their individual merits, check the Midem blog.

What does a smaller Midem mean for visitors?

Coming back to the fall in attendance, it’s worth reminding old-timers that the days of Midem with 12,000 visitors are over because the industry has lost 50% in revenue since that time. So what does a smaller Midem mean for visitors? Well, far more availability for one. A smaller, closer vibe among attendees, greater openness and willingness to explore business. Can these be bad things?

Overall, the business is being pulled in two directions. On the one hand, revenue is increasingly being done around the artists (as opposed their individual products). So variations of the 360° model are very much on the table. Yet no solution can be found without bearing consumers in mind. Mastering the ways they discover and consume music are vital.

Unlike previous years when Latin music or metal dominated the market’s aisles, no one music trend really stood out. The jazz and classical section was one of the most busy. But this could be due to the fact that there are fewer trade fairs that cater to their genres.

And to kill a recurrent rumour, Midem is not moving to Barcelona for a simple reason. In what way would that bring in an extra few thousand visitors?

I just read Berklee’s Dave Kusek’s summary of the music biz, which is just that: a good summary.