x
by Michael
on January 6, 2011
under Cannes festival, people
∞ Permalink 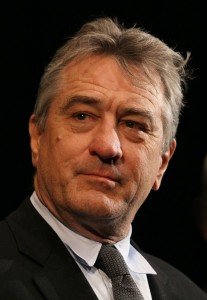 The first big news from the Cannes Film festival 2011 is that the legendary American actor Robert De Niro will head the jury as president of the 64th edition. This puts to rest the intense speculation about the position (but don’t worry, there is plenty more to speculate about!).

De Niro is closely involved in the Tribeca festival in New York. “As co-founder of the Tribeca Film Festival and the Doha Tribeca Film Festival I have an increased appreciation for the jury, who serve, undertaking an important role in choosing films that are represented in the world of film at its highest level, and these types of festivals help connect the international film community and have a lasting cultural impact,” he said. “Having served as President of the Jury in the eighties twice, I know this isn’t an easy task for me or my fellow jury members, but I’m very honoured and happy to head the jury for this year’s Cannes Film Festival.”

As well he could be! Having served on a jury, I can confirm that it is far more complicated than it seems. De Niro has directed two movies, “A Bronx Tale” and “The Good Shepherd”. He is currently appearing in “The Little Fokkers”.