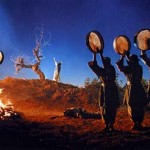 In a new move, the Festival de Cannes announced on Thursday that it was inviting Egypt to be its first guest of honour at this year’s event. Egypt “has informed the world of its need to change the course of history and of its need for freedom, while demonstrating its collective strength and expressing its desire for democracy,” said a statement. Egypt will also be welcomed as a country with a strong history in film, whose presence in Cannes has always been justified,” it said.

Egyptian cinema needs support. Like other countries such as Morocco, it also needs more resources to stamp out the chronic levels of piracy that have all but killed theatrical releases. Old-fashioned though it might sound, theatrical is still an important part of the financing and promotion of movies.

The tribute to Egypt will take place on May 18 and will include an homage to late Egyptian directing legend Yousseff Chahine, the director of “Al-Massir/Destiny” (photo) who died in 2008. Egyptian directors, actors, producers and technicians will attend the event that will also see the screening of “18 jours”, short films shot during Egypt’s January 25 revolution. The festival will also salute the Tunisian revolution by showing the Tunisian documentary film “No More Fear”.