x
by PFitzp
on September 12, 2014
under Cannes festival, people
∞ Permalink

Danish director Lars von Trier, who caused such a fuss at the Cannes Film Festival in 2011 at the press conference for Melancholia, is working on an English-language television series, The House That Jack Built. The news was announced at the Venice film festival, where Nymphomaniac: Volume 2 was premiered. This will be It will be his first TV project since the highly-rated The Kingdom in 1994, which was also selected for Venice.

“A television series without precedent”

With typical bombast, the The House That Jack Built is being billed as “a television series without precedent – a series the likes of which you have never seen before and never will again,”  by Zentropa CEO Peter Aalbæk Jensen who added, “So, dear world, wait in suspense”. He will be producing it with Vesth; Danish public broadcaster DR’s Piv Bernth will executive-produce. Shooting will start in early 2016. 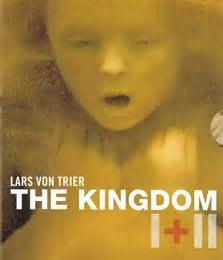 The Kingdom, which starred Swedish actor Ernst-Jugo Järegård and Danish actors Kirsten Rolffes and Ghita Nørby, was acclaimed for its original handheld-camera style and use of jump cuts. It is now recognised as one of the first steps towards the Dogme manifesto.