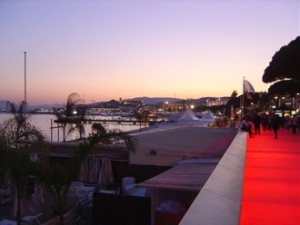 Are Cannes Bay and the Croisette a world heritage?

Cannes’ enterprising mayor, David Lisnard, has launched a petition to have the Bay of Cannes, consisting of the islands of Lérins, and the Croisette listed as a UNESCO World Heritage site.

The Lérins Islands are the beautiful islands off the coast of Cannes that are still very well preserved. Visitors get a change of scenery from the bustle of Cannes, offering calm and relaxation, history and heritage, mystery and legends. Inhabited since antiquity, the île Sainte-Marguerite and the île Saint-Honorat have retained the cultural remains of the various people that inhabited them over the years and is rich in fabulous stories, real or imaginary, such as the mystery of the “iron mask” or the epic of the ‘tribe of Abd el-Kader’. The presence of the Congregation of the Immaculate Conception within the archipelago Cistercians made them a high place of spirituality in the Mediterranean. The monastery, still in activity, is one of Europe’s oldest.

The Croisette: splendor and decadence

The Croisette hardly needs an introduction. The strip’s famous palm trees and hotels have come to symbolise everything that is elegant and excessive about Cannes, notably during the Cannes Film Festival.

But the big question is whether the charming Iles de Lérins and the Croisette are up there with masterpieces such as the Taj Mahal, Brussels Gothic Grand’Place, Versailles or the Roman theatre in Orange. To support Cannes’ submission, visit Cannes world heritage application.

What do you think? Is Cannes “up there” with the Taj Mahal?