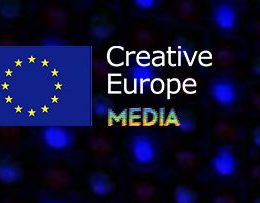 Hot on the heels of the brexit referendum, comes the Creative Europe call for participation at MIPCOM 2016. Completely over-shadowed by more political considerations, the British exit from the European Union will have a profound effect on the industry, both in the UK and Europe.

In monetary terms, the Creative Europe programme (previously called MEDIA) made €100 million investments in different parts of the industry in Britain over the past seven years. More globally, the programme facilitated co-productions that are such an essential part of European (and therefore British) film production. Lastly, it supports the distribution of films outside their country of origin. All these things mean that it is sometimes easier to catch an independent British film in Paris or Brussels cinemas than it is in many British cities.

Withdrawing from the programme is therefore catastrophic, at least in the short- to mid-term until hopefully agreements can be set up. Over the past 25 years, more than 30 British companies have attended MIPCOM and MIPTV each year, ranking with France as the most regular participants.

UPDATE: for more about the effect of brexit on the British and European audiovisual sector, see this article on The Knowledge Online and Brexit: What Happens Next? on Screendaily.

Save money and receive services

Another advantage of the Creative Europe MEDIA programme is the access it gives to the markets. Eligible participants enjoy a reduced MIPCOM accreditation fee. For MIPCOM 2016, early birds that register on or before September 14 pay €670 per person; after that, the reduced rate is € 770. This special MIPCOM umbrella fee gives them the benefits of full MIPCOM accreditation plus support services on the stand itself. These include an advisory service, workshops, buyers  briefings, an online promotional catalogue, screening facilities, a free bar, WIFI, a welcome desk with international hostesses, meeting spaces and messaging services.

A limited number of dedicated booths are available for eligible companies on a first-come-first-served basis at € 500.

An umbrella package is also available for those attending MIPJunior. This includes the registration of one person, three programmes and one project at a special rate of € 810.

Details can be found at the Media Stands site.