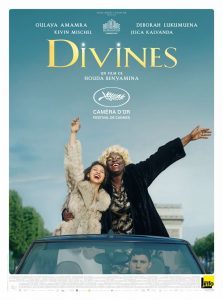 In this respect, it offers an alternative to the glitz and glamour of the Cannes Film Festival. The event also focuses mostly on French cinema. Each year has a theme. In 2016, the debates centre around the question, “Is drama soluble in comedy?” The fact that Charlie Chaplin and Robert Begnini are mentioned in the press release indicates that this might be a rhetorical question. 😉

For the full programme, visit Cannes-Cinéma.