After 5 films in Cannes, Almodovar gets to head the jury

The Spanish director Pedro Almodovar, who had won the prize for Best Director in 1999 for “All About my Mother”, will chair the jury of the 70th Cannes Film Festival, becoming the first Spaniard to hold the role. The director of “Stilettos” and “Talk to Her”, which covers more than 30 years of Spanish cinema, follows in the footsteps of the director of the “Mad Max” saga, the Australian George Miller. He and his jury will award the Palme d’Or at the end of the festival, which will take place from 17 to 28 May, 2017.

Five of Almodovar’s movies – All About my Mother (Todo Sobre mi Madre, Best Director), Volver (Best Screenplay, Best Collective Female Performance), Broken Embraces (Los Abrazos Rotos), The Skin I Live In, and Julieta – have been selected in Competition. Finally Bad Education (La Mala Educación) opened the Festival in 2004. The director himself featured on the poster of the 60th Festival. 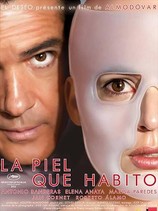 Commenting on his nomination, Almodovar said, ‘I am very happy to be able to celebrate the Festival de Cannes 70th anniversary from such a privileged position. I am grateful, honoured and a bit overwhelmed. I am aware of the responsibility that entails being the president of the jury and I hope to be up to the job. I can only tell that I’ll devote myself, body and soul, to this task, that it is both a privilege and a pleasure.’

Known for his often iconoclastic style, Almodovar seems like a natural choice as jury head. Close to Cannes’ heart, his movies can be provocative yet usually overflow with pathos – if not downright melodrama. The combination of sometimes outrageous themes and heightened emotion is perfect for the world’s largest – yet nonetheless idiosyncratic – movie festival.