A page turns in the history of Cannes

In a move which has surprised the movie world, Gilles Jacob, the former president of the Cannes film Festival, was not re-elected to the Board of Directors of the celebrated film festival. For nearly 40 years, Jacob has been pretty much inseparable from the event. At the General Assembly of the French Association of the International Festival which features public and professional authorities from French cinema, the former managing director general and then President of the Festival (between 2001 and 2014) was not re-elected in a secret ballot vote to one of the 16 elected members of the Board of Directors. 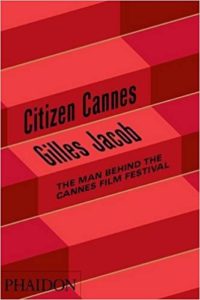 Contacted by AFP, the 87-year-old simply said, “There was a vote. It’s democratic. I don’t want to comment on it. I keep my reserve, but nothing surprises me. Besides, there are more serious things in the world. I remain honorary president”.

“…extraordinary work for the festival…”

“This is the rule, but this vote is not a repudiation of his extraordinary action for the Festival,” commented his successor to the presidency, Pierre Lescure, to the French newspaper Nice Matin. The mayor of Cannes, David Lisnard, who also took part in the vote, told the daily that he “regretted that [Jacob] was ousted “.

“I have been receiving messages of affection from all over the world, including from a prominent member of the board of directors,” said Gilles Jacob to AFP.

Born in Paris on June 22, 1930, Gilles Jacob first covered the Cannes film festival in 1964. He joined the team in 1976, first as deputy general delegate, before becoming two years later general delegate responsible for the famous selection of films in competition. With choices such as “The Tambour”, “Apocalypse Now” and Wajda’s “Man of Marble”, he quickly set the tone for remarkable movies that did not shy away from challenging subjects. He would go on to create the “Caméra d’Or” section for first-time directors and the alternative section “Un certain regard”. Jacob was president of the festival from 2001 to 2014.