The French town of Orléans is holding an unusual event next November: the Cannes Film Festival 1939. The idea is to run all the movies that were to be shown in 1939, but were cancelled due to the Second World War.

A little background: in 1938, France’s young Minister of Culture Jean Zay decided to establish the international film festival of “the free nations” in Cannes. The idea was to counter the Mostra in Venice, which had been set up by Mussolini and was perceived as being a fascist PR event. The opening date was to be September 1, 1939.

On August 6, 1939, Louis Lumière, who was to be the honorary president of the festival, arrived in Cannes.  The Grand Hotel, the Palm Beach and the municipal casino were mobilised; the poster was drawn up. Metro-Goldwyn-Mayer chartered a liner for their guests such as Gary Cooper, Tyrone Power, Norma Shearer, George Raft, Gary Grant, James Cagney and Spencer Tracy. Some 30 films from across the world were programmed, along with an international jury. The plans for the festival fell apart when Germany invaded Poland. So the first Cannes festival would have to wait until after the war. 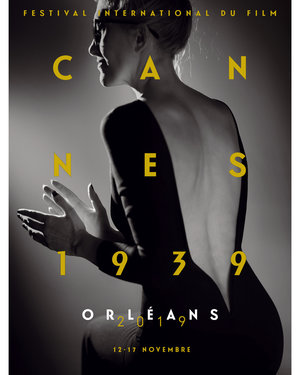 The organiser Jean Zay, who did not survive the war, was born in Orléans. The city officials and his family decided to re-organise the cancelled first edition in the city as a tribute to him. Between November 12-17, 2019, all the films will be shown, with a range of special events and workshops for visitors.