x
by Michael
on May 5, 2010
under cannes, events, festival
tagged beach
∞ Permalink 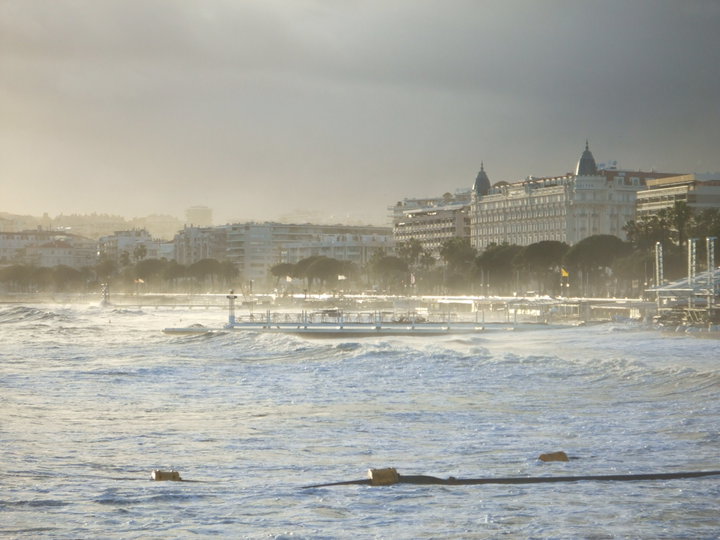 Cannes before the storm, by Jacques Gumbau, 2010

Although the photo is quite pretty, the damage is very real. Jacques Gumbau’s photo was taken yesterday afternoon just before a major storm devastated beaches across Nice and Cannes, leaving some plans for the Cannes Film Festival in tatters. Each year, the festival welcomes a side industry that lives off parties, fashion shows and receptions, many of which are concentrated on the beach restaurants and clubs. Waves of between 8 and 10 metres hit the beaches causing substantial damage and swamping the Croisette. The open-air TV studio of CANAL+ is also located prominently on the beach. Worse damage was noted in Nice, however, where the beach was almost  wiped clean of every man-made structure overnight.

Click through for images of the storm in Cannes, where a restaurant was smashed as people were eating in it, and Promenade des Anglais in Nice.

The mayors of both Cannes and Nice have requested that the storm be recognised as a natural catastrophe. However, it follows other storms earlier in the year and a debate about whether beach restaurants are not actually putting themselves in danger. The number of storms has increased over the years.