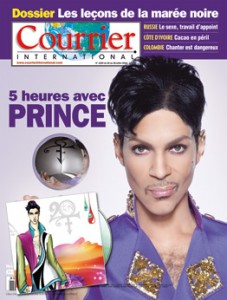 Since Prince played Nice in France on July 25, 2010, and followed up the show with an after party at the Palais club in Cannes, rumours have been circulating that the Minneapolis musician has plans to take over the Nice Jazz Festival. The annual event has been leaking money for some time, and it is known that the local authorities are anxious to rejuvenate it.

An article in France’s Le Monde provides more details about Prince’s plans. According to Pascal Bernardin, who would be one of the partners in the project, Prince had spoken about the idea of running an artist-friendly festival already. He and his musicians are also big jazz fans. So the idea to put in a project grew from a series of meetings, leading to a formal submission recently.

The idea of Prince acting as artistic director of a jazz festival is a nice one, no pun intended. However, there are a number of serious obstacles.

The idea is certainly an interesting one. But whoever wins the day – and one can only hope that they will have some new ideas to inject into the jazz festival formula – will have quite a challenge. Prince fans might want to look out of the most recent issue of Le Courrier International, which features his latest album as a giveaway.

Prince fans have been posting photos and reviews of the shows in Nice and Cannes. For those that are interested, here is the set list of the Cannes après-gig show courtesy of @schkopi: