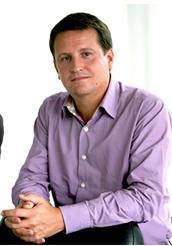 French producer and broadcaster CANAL+ will announce an increase of €10 million in investment in TV drama at the upcoming MIPTV show in Cannes. The company intends to ramp up investments to €50 million for its TV dramas, underlying the need to keep a flow of international supply of original programming.

CANAL+ will also emphasise the importance of international co-productions in creating appeal for the programmes. Shows that will benefit from the French broadcaster include the US’ “XII” and “Borgia” (with EOS Entertainment).

The company’s COO and executive VP of content Rodolphe Belmer will head the Producers’ Forum conference, which includes a co-production workshop, and give a keynote speech. Co-production will be the hot topic at the Producers’ Forum at MIPTV 2011. Two days of conferences and matchmaking sessions will be devoted to the subject, with the launch this year of a new lounge dedicated to meetings and working sessions. Conferences will develop themes such as drama co-production through specific case studies; TV networks’ global strategies in terms of co-production laid out by some key industry players; and special regional workshops on both Asia and Latin America.

As a broadcaster, CANAL+ goes out to 12.3 million subscribers internationally.