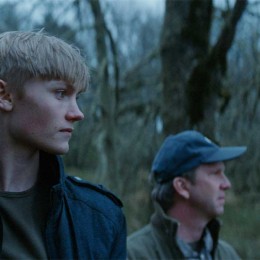 Producers on the Move return to Cannes

Producers on the Move is another very interesting facet of the Cannes Film Festival, although technically I suppose it falls under the Film Market. The idea is to highlight producers from each European country that are worth noting. The backing comes from the Creative Europe – MEDIA Programme of the European Union. The participants are nominated by the respective European Film Promotion member organisations who co-finance the event.

In effect, it’s a shortlist of “young” producers that are worth watching – which is handy for co-producers, scriptwriters and directors. Put them close to the top of the list of people you should contact, or at last monitor over the coming year.

As can be seen from the list below, many of these producers go on to make their mark in the industry. The list shows all the films screening at Cannes that were produced by former nominees. An impressive five of them are in competition.

Producers on the Move screening at Cannes 2015

OPENING FILM – OUT OF COMPETITION

The Lobster by Yorgos Lanthimos
co-produced by Leontine Petit (PRODUCER ON THE MOVE, The Netherlands  2006)

Valley Of Love by Guillaume Nicloux
produced by Sylvie Pialat (PRODUCER ON THE MOVE, France 2007)

The Treasure (Comoara) by Corneliu Porumboiu
produced by Sylvie Pialat (PRODUCER ON THE MOVE, France 2007)

The Here After (photo) by Magnus von Horn
produced by Mariusz Włodarski (PRODUCER ON THE MOVE, Poland 2015)

In The Shadow Of Women by Philippe Garrel
co-produced by Joëlle Bertossa (PRODUCER ON THE MOVE, Switzerland 2013)

Hilal, Feza And The Other Planets by Kutlug Ataman
produced by Henning Kamm (PRODUCER ON THE MOVE, Germany 2014)