Head of Universal, CANAL+ to talk about divergence at Cannes 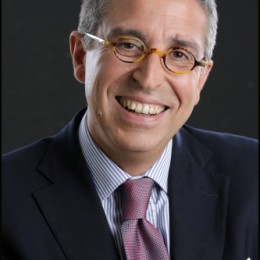 Arnaud de Puyfontaine, Chief Executive Officer of French integrated media and content group Vivendi, is to deliver a keynote interview at Midem 2015 in Cannes. To give an idea of the importance of Vivendi, its subsidiaries include Universal and Canal+ (including movie producer StudioCanal). The group also runs the iconic Olympia venue in Paris and holds an 80% share in video sharing site DailyMotion.

As such, Vivendi is one of the most successful examples of a group that has converged its business operations. “Once an industry buzzword, convergence is now an inescapable reality,” said Bruno Crolot, Director of Music Markets at Reed MIDEM, organiser of Midem. “Music is at the forefront of this shift through new business models which disrupt consumer habits while bringing additional revenue opportunities for the industry. Vivendi encapsulates this change, and is therefore an important partner for Midem.”

Vivendi is also a strategic partner of Midem, as it sponsors the Midemlab Music Discovery, Recommendation and Creation category, and co-organises the Innovation Lunch and Cocktail that introduces start-ups participating in the Midemlab competition to top Vivendi executives. It is also active in the MediaShaker platform.

Plans for Universal and Vivendi?

On a broader level, it is hoped the de Puyfontaine will talk of Vivendi’s future plans. He recently quashed rumours that Universal was to be sold to Liberty Media and said that the group would announce its long-term plans – including projects with Canal+ and Havas (with whom Vivendi shares a shareholder) –  later this year. Will Midem be the platform?