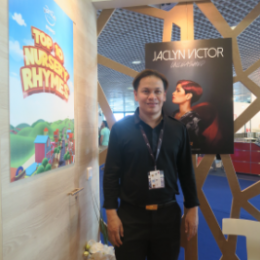 Speaking at Midem 2015, the head of IFPI South-East Asia made a call for a more open global business and the creation of an international music business database along the lines of IMDB for the movie business. Norman Abdul Halim, chairman of the Recording Industry Association of Malaysia (RIM), pointed out that we are already in a situation where a song with Asian writers could be recorded in the UK and mixed in the US. Yet finding the contacts remains an issue. “This global community needs a point of contact so collaborations can materialize,” he says, “with access for independents for more variety.”

Halim was talking as a successful singer/songwriter/producer/label boss who is also an executive board member of IFPI and the regional boards of Asia/Pacific. He was in town to build more contacts for the Malaysian industry, a country he feels has huge potential.

“Malaysia is well placed, as it is a multi-cultural, multilingual country,” he points out. “We are exposed to very many styles of music. English is widely spoken, with communities that also speak in Chinese and Tamil.” This openness is one of the reasons that Backstreet Boys were a major success in Malaysia even before breaking in the US – and they are not alone.

For exports, Malaysia can call on its multi-cultural assets to reach out to other countries. “We have separate strategies for China, Indian, Tamil, Malay and international. We’ve had a number of artists in the Billboard charts. Whether it be US, K-Pop, China or international, we are exposed to all kinds of music – and this is reflected in the music we produce.”

The multi-lingual side of Malaysia is also exploited by Hakim’s company Kru Music, which also produces animation. “The kids and family market are wide open,” says VP international licensing Grant Raynham. They have produced animation with theatrical releases in 40 countries in addition to producing TV series.

RIM actively carries out label-matching internationally, while Hakim will be using his position at IFPI to strengthen internal database to facilitate contacts between members, a first step towards a more global directory.