In the run-up to Midem in Cannes next June, the European Commissioner for digital issues, the Estonian Andrus Ansip, has called on YouTube to be more generous with the rights holders of music being streamed by the Google subsidiary.

According to figures from France’s national union of phonographic publishers (SNEP), of the 50 billion tracks streamed in France alone in 2015, approximately 65% we on video platforms, mostly YouTube. The rest was distributed on Spotify or Deezer-type audio platforms. However, these YouTube videos represent only 10% of the 104 million euros of turnover of streaming in 2015, the remaining 90% coming from Deezer, Spotify and others.

40% of the global consumption of music but 4% of revenues

The problem is the same worldwide: last October, Jimmy Iovine, the boss of the Apple Music streaming platform, estimated that YouTube accounted for 40% of global consumption of music, but contributed only 4% to the revenues of the industry. 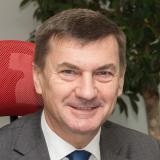 For Andrus Ansip (photo), who is currently preparing a European copyright reform, low income allocated by YouTube to rights-holders gives it an unfair competitive advantage over its rivals, starting with Spotify. According to him, YouTube, which has 1 billion users and sells advertising, pays EUR 600 million to the industry each year. By comparison, Spotify which has 30 million paying subscribers, contributes to about 1.6 billion euros.

YouTube responds that it has so far contributed some $ 3 billion to the music industry, a figure that “grows significantly annually”. The debate opens – once again – the question of the very shaky business model behind streaming. But music insiders often ask: why is it up to the music industry to fund the streamers?
In the coming months, Universal Music, Sony Music and Warner Music have all three planned to renegotiate their contracts with YouTube.

Given the number of full-length movies that are now streaming on YouTube, this is not just a music biz issue. Film-makers will soon see extra revenue coming from streaming, and should be preparing material and processes for encouraging this.