For the second time, Cannes will host the major Cannes International Series Festival – called CanneSeries – in April 2019, alongside MIPTV.

The event features an Official Competition that will showcase 10 exclusive new series aiming at highlighting state-of-the-art content from all around the world within a glamorous and prestigious event. The call for entries in now open till 25 January.

Alongside the pomp and circumstance of the main event (this is Cannes, after all), 10 international Short Form shows will also be selected to compete for the dedicated CANNESERIES Award. The Call For Entries is now live. There are also numerous free public screenings and events organised in the Palais des festival, Theatre Miramar and Théâtre de la Licorne 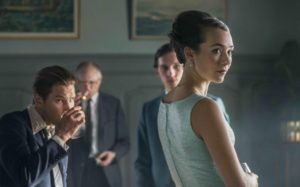 The international scope of CanneSeries was evident last year through the winners. It gives an idea of what the jury will be looking for.

For submissions, visit the official site.