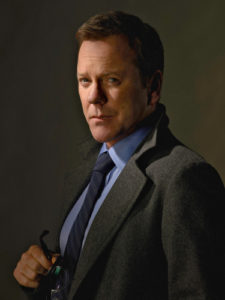 Sutherland is the Emmy and Golden Globe award-winning actor who starred in the groundbreaking Fox drama series “24” as special agent, Jack Bauer. He also appeared in movies such as “A few Good Men”, “The Vanishing” and “Phone Booth”.

He will next be seen starring in “Designated Survivor” from The Mark Gordon Company and ABC Studios, distributed internationally by eOne. This conspiracy thriller and family drama is about an ordinary man in an extraordinary situation.

The series follows a lower level United States Cabinet member, Tom Kirkman (Kiefer Sutherland), who is suddenly appointed President after a catastrophic attack during the State of the Union kills everyone above him in the Presidential line of succession.

Other speakers at MIPCOM 2016