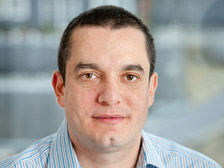 For the second time, France will be the country of honour at Midem. Through “French Vibes”, the spotlight will go on one of Europe’s most diverse and healthy scenes. It’s been almost ten years since the famous French Touch swept through the dance scene. No doubt dance music will be present, but it’s reasonable to expect much more as well, with established acts and tips for new acts.

For one thing, France has always had one of the most open music scenes, with artists from around the world finding a home on specialised French labels. It has notably provided a solid base for artists such as Cesaria Evora (and her countrywoman Lura), the Gypsy Kings, Manu Dibango and other acts that have gone mainstream.

On the institutional front, France has always been a vigorous defender of authors rights and local creation. Not surprisingly, French Vibes will be sponsored by the SACEM authors’ rights society and the two powerful producers’ bodies SPPF and SCPP.

Also announced at MIDEM 2011 Index Ventures’ Saul Klein, who will discuss his vision for the future of investment and content monetisation in the music industry. Klein brings 15 years of experience and a passion for seed and early stage companies, including the founding of Seedcamp.